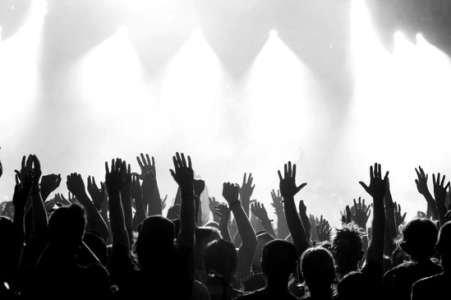 This is the first of a multi-part series on the relationships between brands and online communities.

It’s nearing the end of September 2014 and many of you would have already secured, or at least requested for an invitation to join Ello, the all new Facebook-replacement social network that counts ad-free and privacy as its USPs.

As of today, Ello is the rage, but as some of the early media reportage wisely points out, the new social network’s real challenge is to retain the early adopters as active users, while continuing to draw in new users in hordes. Purely out of curiosity, people in these early days will sign up to see what’s it about, but will they stay after a week or two?

The answer lies in whether Ello can fight and ward off the network effect, which is well-known to favour incumbent networks with a high number of users. Think of Google+ (G+) and all of its (largely unsuccessful) efforts to gain user acceptance in the face of Facebook’s (and even  Twitter’s) runaway popularity. While G+ succeeded it in getting users to sign up through various tactics that are perhaps a topic for another blog, it wasn’t able to get them to stay and actually post updates like users do on Facebook.

What was it that actually stopped people from posting their vacation or party pictures, or sharing the latest Buzzfeed listicle or a John Oliver video on G+, as they are wont to do on Facebook? The answer is simple: people believed they had a better audience on Facebook – their social network is already built and remains well oiled on the Facebook platform (the same set of ‘friends’ are expected to like or comment on updates), whereas on G+ they had to start from scratch. Nobody likes starting from scratch. The G+ valiantly fought the network effect, and as per the evidence on hand till date, succumbed to it.

Understanding and leveraging the network effect is hugely important for any website, app, platform or service aiming to build a thriving community or network of users. Essentially, the network effect raises the switching costs to significantly high levels for most users – the latter are just simply better off staying within the incumbent network rather than ‘move’ to a new network.

This effect is the reason why it becomes nigh impossible to challenge any leader who has got market share on its side – think of Apple and other contenders’ challenge to Microsoft Windows, Open Office to Microsoft Office, the continuing success of WhatsApp compared to dozens of equally easy-to-use and perhaps more feature-rich rival messaging apps, or Android’s growing dominance.

Which brings us to the crunch question for this post – how does an upstart fights the network effect, or at least reduces its influence on the existing users of an existing dominant network? This question is as important for rookies like Ello out to challenge the supremacy of Facebook, as it is for the leaders out to protect their network from the upstarts.

Some of the clues on fighting the network effect come from carefully observing successful challengers in recent history – consider Apple iPhone’s stealing the momentum from the then-entrenched BlackBerry through 2007-2010, how Facebook did the same to MySpace, or Gmail’s success against Hotmail and Yahoo! Mail. The commonalities in these and other similar situations are drawn as under and serve as valuable lessons for the new networks.

Stripped down to its basics, fighting the network effect takes little more than understanding the users’ switching costs and giving them a reason to migrate lock, stock and barrel. Remember, many users love to ‘try out’ any new service – there have been no dearth of new email services after Gmail. The big reason users leave any new service is because, well, they aren’t really given a reason to stay. There’s no radically different user experience that greets them or fundamentally, there is no real perceived value in staying with the new service or platform.

All of which makes Ello as an interesting case study to watch – it already offers a slightly different user experience and hopes that users will find more value in its ‘ad-free’ promise to overcome their switching costs. Will it also attract a new class of users that Facebook doesn’t have yet? We are watching.