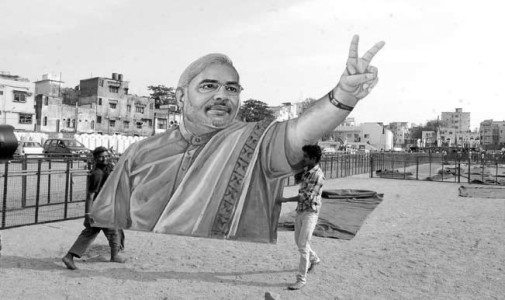 As the 2014 Indian General Elections draw to a close, now is a good time as ever to apply the marketing lens to the electoral campaigns of the leading political parties and observe their communication strategies.

Indeed, all political parties are forced to think as brand marketers when it comes to running electoral campaigns. They need to identify their constituents and their grievances accurately, target an explicit set of grievances (or the opportunities for value-creation) and provide convincing and persuasive answers to the two fundamental questions of brand positioning: why should their constituents consider them for a vote (as a contender), and why should they actually vote for them.

In elections as complex and long drawn as seen in India, it is near impossible to capture or analyze all communication nuances with their attendant context in a blog post. Our intent therefore is not to provide an exhaustive review; but to pick some standout campaign themes and comment on their effectiveness, with the goal of providing some useful lessons for brand marketers and communications managers. Let us therefore present nine important observations in no particular order.

Finally, it is perceptive to see the genesis of the current BJP campaign over how the public mood had polarised over the last few years. There had been a steadily growing clamour for a competent, incorruptible, even ruthless political leader who can run a streamlined administration. In the early years, a stream of China-India comparison stories, Op-Eds and even books fueled this clamour. Steadily, this clamor grew and took form across the Indian social landscape, from the boardrooms of India’s largest companies to the drawing rooms of a growing middle-class.

The greatest success of the BJP in 2014 has been to pin this clamor down to its precise specifics and craft a product that scores very high on those very specifics – in the form of its PM candidate. In other words, the people wanted a specific style of leadership, and only BJP delivered it (the AAP made a good start but couldn’t sustain it). This, dear reader, is a critical marketing takeaway from the 2014 Indian Elections.