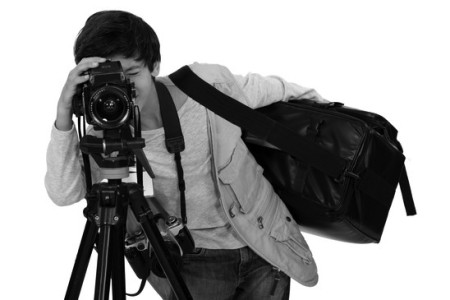 Electric-car maker Tesla recently posted a new video commercial on its Facebook, Twitter and Instagram accounts. Tesla’s CEO Elon Musk even raved about it on his Twitter feed. What is the big deal here? That the one-minute video is a spec commercial produced by a bunch of recent college graduates, who say they are ‘passionate about what the brand and Elon Musk stand for’.

Of course, the primary goal of the creators in creating a spec ad was to win business or generate leads. But the fact that Tesla endorsed it and even published it – the carmaker has never done paid TV advertising thus far – marked yet another instance when a brand coopted user-generated content (UGC), or more likely consumer-generated content (CGC) as part of its communications.

Many brands have experimented with user or consumer-generated content – they have used images or footage in their commercials; sometimes going one step farther than Tesla and actually buying media space to run CGC as brand-endorsed commercials.

The reigning king in this group of course is Frito-Lay, who turned CGC leverage into an art form with its ‘Crash the Super Bowl’ campaign built around Doritos brand of tortilla chips. The campaign invited Doritos fans and consumers to create their own Doritos commercial. Running since the Super Bowl of 2007, the campaign has seen thousands of entries year after year, and the winning commercials have been featured on Super Bowl (the most expensive ad spot in the world) in their original, unaltered form.

Concurrently, Mofilm has existed since 2007 providing a platform for creative people around the world to produce mobile-targeted short films for brands and social causes. During the 2014 Oscars, Chevrolet aired a commercial that was created by an independent filmmaker in South Korea, and submitted through a Mofilm contest.

Nearer home, HeroMotoCorp successfully leveraged CGC for its ‘Hum mein hai Hero’ campaign in 2011-12. When users began uploading their music videos for campaign theme song on YouTube, Hero MotoCorp got its agency to stitch together snippets of these videos to create a new TVC that was aired on national television.

Other brands have been a little less adventurous – around the same time Frito-Lay introduced ‘Crash the Super Bowl’ campaign, Chevrolet asked its consumers for ideas for its next commercial, however the actual commercial would be produced by Chevrolet’s agency. In a memorable campaign, Maggi in India asked its consumers for their stories revolving around consumption of Maggi – which were turned into print and TV commercials, and further extended on digital and outdoor.

When it comes to CGC, how far does being adventurous pay off for a brand? For Doritos, its consumer-generated commercials have been runaway success over the years and have frequently been rated among the best ads of the year. See a few of them for how good they turned out to be.

Brand marketers looking to take the Doritos route have to be willing to put a great degree of trust in its consumers. Of course, many brands have lately burned their hands with silly Twitter contests aimed at generating CGC. These contests invariably get hijacked by the most creative of the trolls, or even disgruntled consumers and end up generating content that is hugely amusing for the layperson, but is least flattering for the brand.

For the intrepid marketer, one way around such risks is to walk a tight rope of controlling the CGC process. The marketer needs to pass just enough control to the consumers for creating and sharing content, and none more. Give away too much control (to consumers who may not always have flattering opinions of the brand) and the brand runs the risk of becoming a curious Internet meme. Retain too much control and one may end up frustrating or alienating the most creative of a brand’s fans, jeopardizing the basic intent of the program.

Advertising apart, a brand’s leverage of CGC can extend to other forms of marketing communications. CGC in the form of product reviews have been successfully leveraged by big brands for many years. US-based startup Pixlee now offers marketers many ways to integrate user-generated photos and videos across a range of media, tools and platforms – from product pages and e-commerce platforms to Fan pages and video walls.

Why should a brand consider leveraging CGC when it already has a creative agency on board? As we learn from the Dorito’s example, the biggest benefit for a brand is the opportunity to tap into a virtually limitless resource of unbridled creativity that exists throughout its targeted markets. Additionally, CGC by its very nature tends to be more believable and more trustworthy for consumers.