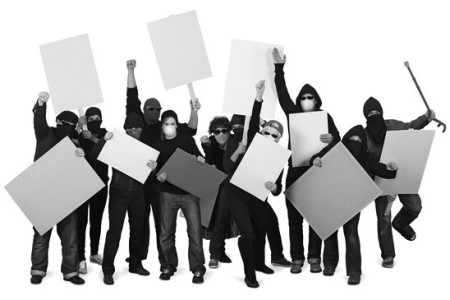 The ability to change people’s attitudes towards an idea or an object – say a product category or a brand – is a highly sought-after marketing skill. Attitudes can often be good predictors of behavior and any marketing campaign that succeeds in changing attitudes of any given segment, favourably, is by definition helping expand the market.

All of us hold attitudes towards a large range of objects or entities. A surprisingly large number of these attitudes are pliable – that is most of us do not have compunctions changing them – leading us to experience the joys of effective marketing. But there also exist extreme attitudes, and running into them is a marketer’s nightmare. Think of convincing a Narendra Modi fan to vote for any other party in the next general elections. Think of persuading a Mac fan to try a Windows PC or Chromebook, or a Sachin Tendulkar fan to consider Jacques Kallis, Ricky Ponting or Rahul Dravid as the greatest Cricketer we have all seen.

What are the psychological reasons for driving attitude extremity? And what must a marketer do to take a chance – however bleak – at changing such extreme attitudes and at least bring them to moderation? While there are no easy cookbook answers available as yet, some clues are found in a book titled ‘Attitude Strength: Antecedents and Consequences’. Let’s first examine why people develop such extreme attitudes.

Many of us would be familiar with the belief polarization effect at play – if a person with an existing strong attitude is presented with new facts that run counter to her existing beliefs- the overbearing tendency is to reject such information or facts. On the other hand, if new facts or information are consistent with the attitude held, there is an extremely eager adoption; so much so that provision of equal amount of information on both sides (supporting and rejecting a belief) causes people to strengthen their existing attitudes on the whole.

In other words, if a way is found to show the holding of an extreme attitude on a subject as ‘socially undesirable’, there is possibility of moving a group towards moderation. Using a trustworthy source who is respected among the group can help in this goal. This partly explains why there has been a general softening of extreme attitudes towards racism in the US – and may lead to lesser extreme attitudes towards casteism and other ‘indefensible’ issues in India over a period of time.

Another option available to marketers is to drive a clear wedge between the attitude and behavior – so that the extremity of attitude ceases to be a factor in the actual behavior exhibited by a person. A marketer may try and render the extreme attitude irrelevant by encouraging its holder to seek a new identity with a distinct group, where the latter distinctly lacks a perceptible attitude on the given issue. This is one technique BJP may put into practice to draw at least some of the anti-Narendra Modi people to its fold – by linking them to groups such as its alliance partners who have not betrayed any vocal attitude towards Modi.

A related technique is to focus on other attitudes determining a person’s behavior – ones that are completely unrelated to the controversial issue at hand. A barrage of favorable information that seeks to drive favorability on those alternate attitudes may still lead a section of the group to change their normative behavior. Congress can use this technique to drive voter favorability towards its socio-economic policies that have not been controversial so far.

Dealing with extreme attitudes – especially those that are highly predictive of behavior – is extremely challenging for all marketers with a high probability of failure. The only real chance of success calls for a deeply nuanced understanding of consumers’ attitudes – requiring detailed primary research – along with acute tactical prowess to take advantage of the research’s findings.